Join us for a rejuvenating nutrition and lifestyle medicine retreat 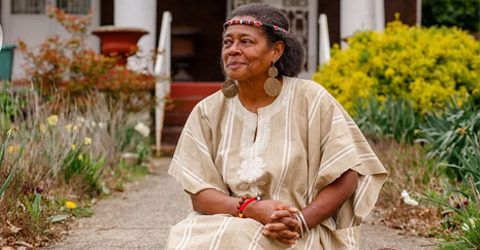 Julialynn Walker is providing the community with resources and tools for starting a garden.

It’s that time of year again, when the days outmatch the nights and the birds start squawking out my bedroom window in the wee smalls, waking me up far earlier than I’m willing to pry my eyelids open. It’s also gardening season and time to harden off the potato sets and poke them in the cool earth and set the pea trellises out in anticipation of tangled vines bearing tasty treats that my children can pull off the vine in the warm May sunshine, afternoon snacks made simple. This year the buzz that I hear – time to get going, time to till the soil – is not just a nagging voice in my own head, but a call to many who are trying their hands at gardening for the first time ever. The reasons are varied, but in an informal poll some common themes emerged: “For the first time, I actually have the time on my hands to build the beds and plant the seeds”; “I’m hoping to shop less and source the food I need from my own backyard”; “I’m worried about job security and looking for a way to lower my bills and gain some independence and food security.”

Walker isn’t just growing a garden, she’s growing a neighborhood with a deep sense of community.

The last reason is one that is near and dear to one long-time gardener and resident of the Bronzeville neighborhood in the Near East side of Columbus, OH, Julialynn Walker. I first met Julialynn three years ago when she hosted an Earth Day volunteer opportunity at the community Garden which she started on the grounds of the Bronzeville Presbyterian Church. I was immediately struck by Julialynn’s directness and resourcefulness. She is like the Splendid Kitchen of gardeners (I have 3 plastic bottles, one piece of rebar and a shoestring? What can I build for my garden with this?). This can-do attitude in the construction of the garden is a key component in modeling to her neighbors that creating a garden does not have to be a cost-prohibitive endeavor. Using what she has at hand, Julialynn grows vegetables in raised beds made from concrete blocks, and “pots” that she repurposes out of anything from milk crates to wooden pallets, old tires to hollowed out tree stumps. 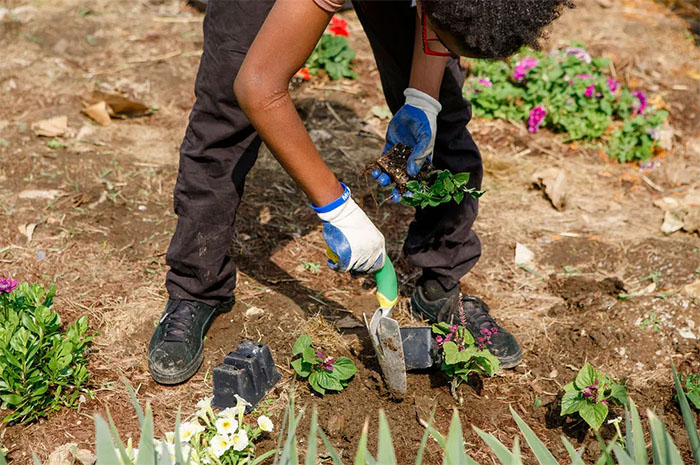 The garden was started eight years ago as a thank you bonus for the handful of church member volunteers who help cook 100+ lunches at the church each Saturday afternoon for neighbors in need. The weekly lunch serves as a stop-gap measure, offering an extra hot meal over the weekend when many area pantries are closed. Since its inception, the harvest from the garden has grown large enough not only to provide fresh vegetables for those weekly meals but also to offer lunch attendees bags of produce that they can take home. 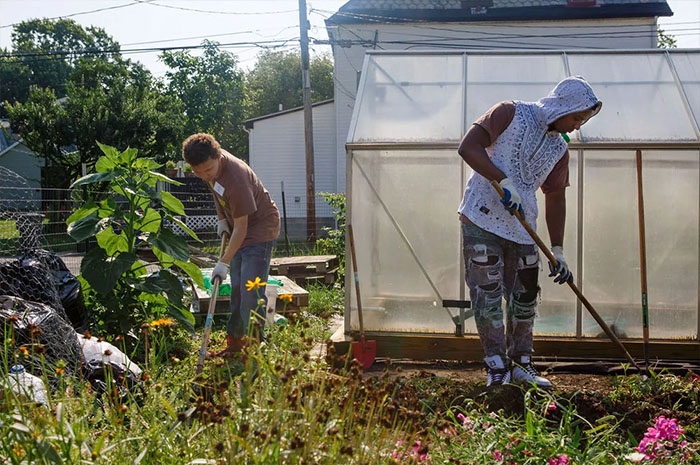 In addition to the church garden, Julialynn is also the force behind the Bronzeville Growers Market which sets up a farm stand on the grounds of the Maroon Arts Space each Thursday afternoon mid-summer through early fall. The farm stand offers fresh produce grown in raised beds right on the premises. In a neighborhood where the nearest market is the convenience store on the corner selling chips, twinkies, and beer, and produce is a non-existent commodity, Julialynn provides a literal green oasis in a food desert. She is clear that the corner market, what she refers to as a “food swamp,” is a contributing factor in the health disparities that plague her community. In addition to providing vegetables, she offers education in conjunction with area hospitals to teach people how to use the vegetables that she sells.

“Up until now, we have failed to promote a model of food justice that is socially transformative, as opposed to the current model which relies on handouts and food pantries.”

Education is a key component in providing her community with healthier nutritional options. She works closely with both Franklin Park Conservatory and staff at OSU extension to bring knowledge about starting and maintaining both large-scale community gardens and backyard plots. When an in-person class she had planned to run this spring had to be shut down due to Governor DeWine’s stay-at-home orders, she quickly shifted to an online format, utilizing Zoom to teach eager first-time gardeners ranging from 7-70 on taking the leap into gardening. Learners check in two mornings a week from locations across the city and beyond including community members from Bronzeville and nearby Bexley, as well as gardeners as far as Delaware and Lancaster. 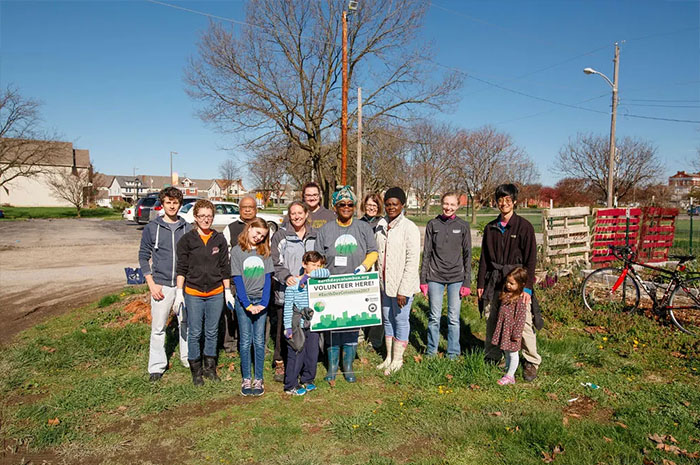 Julialynn is no stranger to gardening. She grew up at a time when many residents in the neighborhood had at least a pot or two of greens and tomatoes growing in their backyard, if not a full-blown garden. This reflected a long agriculture tradition among African-American families brought with them through the great migration from South to North, but runs still deeper than that. As Julialynn herself points out, the roots of agrarian culture run back to pan-Africa and it was only through the knowledge and skill that slaves brought with them that the south was able to become an agricultural success. Julialynn’s grandparents both had large plots of farmed land, and she recalls heading out each August to her Aunt Ethel’s farm in Blacklick (now considered a bedroom community of Columbus proper) to harvest fruit for canning.

Julialynn is a matriarch in her community – a cross between a queen and a mother hen. Involved in all aspects of bolstering up and nurturing Bronzeville, she not only runs the community garden and Growers Market, but also spearheads a travel and tour company with an emphasis on education (Crossing Cultures Travel and Tours), is a secretary for the Columbus Landmarks Foundation, and is deeply involved with youth in her community as a vital member of the Columbus Afrocentric Early College PTA. There are very few in Bronzeville who don’t know her name and she is respected for her leadership and knowledge. In her own words, “up until now, we have failed to promote a model of food justice that is socially transformative, as opposed to the current model which relies on handouts and food pantries.” Julialynn isn’t just growing a garden, she’s growing a neighborhood, and a deep sense of community, piece by piece. 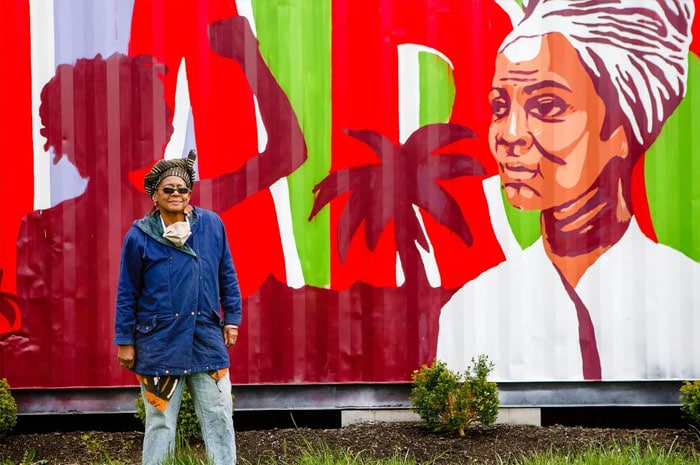 Join over 20,000 graduates who have improved their health, learned new skills, and even inspired career changes.