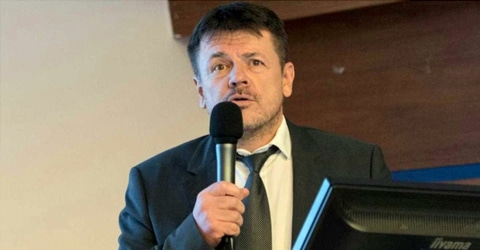 The ‘advanced’ whole food, plant-based regimen has been shown to reverse type 2 diabetes in 84 percent of patients.

A new intervention called the NFI Protocol has been shown in a recent study to reverse type 2 diabetes in 84 percent of patients.

The results have been published in the peer-reviewed Diabetik Forum journal in Slovakia. The publication has also been hosted on the state-run National Diabetes Association website called SDIA, accessible to doctors. The public online link will be available later this month (but you can see a copy of the pending publication here).

“I can’t find any literature anywhere which competes with this.”

The groundbreaking results showed 32 of the 38 type-2 diabetic patients in the study came off medication after the 20-week protocol, which is a personalized whole-food plant-based diet plan. 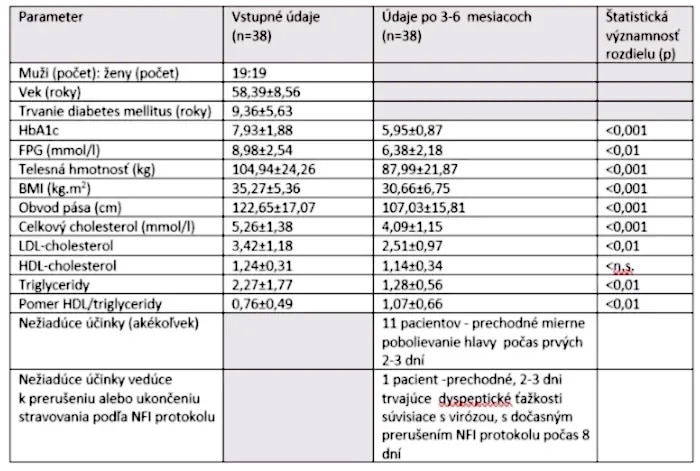 The above table represents a summary of the results [in Slovak].

“I can’t find any literature anywhere which competes with this, let alone has the top professor in the country [supporting it] and no practising professors in the country that haven’t approved the results,” an NFI representative told Plant Based News.

The results have been authored by a number of leading diabetes academics, including doc. MUDr. Emil Martinka, PhD, head of the National Institute for Diabetes and Endocrinology in Slovakia; prof. MUDr. Ivan Tkáč, PhD, who leads all medical departments in the country as well as being the head of the University of Košice; prof. MUDr. Marián Mokáň, DrSc., FRCP Edin, who is in charge of all the diabetic doctors; and prof. MUDr. Peter Galajda, CSc – head of diabetes research, among others.

The 7,000-word publication finishes [via Google translate]: “An important part will also be to compare the results of the NFI diet and the usual dietary regimens recommended for type 2 diabetic patients, including PBDs (vegetarian, vegan).

“If the results of the study are favourable, dietary NFI protocol could become part of the dietary armamentary for the treatment of type 2 diabetes and patients with metabolic syndrome.”

The study represents the first of many publications on the effects of the NFI Protocol on type 2 diabetic patients. It is believed the results could be submitted to bigger journals later in the year, including Diabetes Care and The Lancet.

Slovakia’s leading media outlet PRAVDA recently published an article about the early results (a teaser for which can be seen here) titled ‘Is This The End Of Type 2 Diabetes In Slovakia?’. 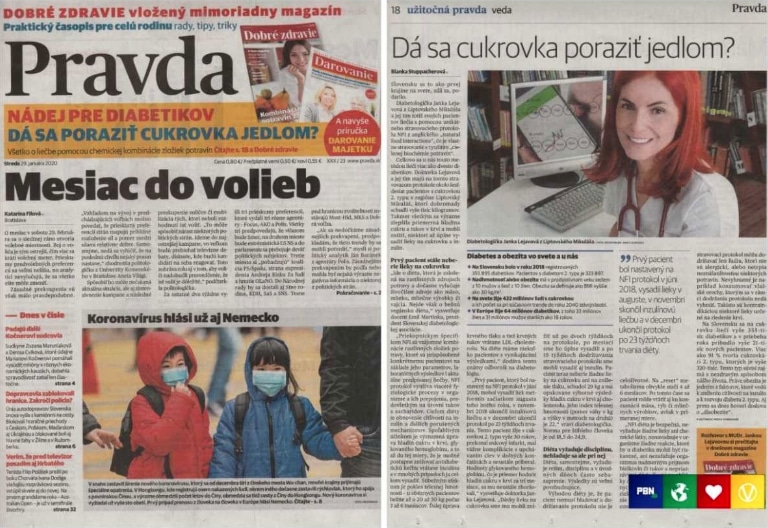 Pravda is Slovakia’s biggest newspaper (Photo: PBN. Do not use without permission).

This article was reprinted with permission from Plant Based News.