Topics » Disease » Letter to the Editor: Journal of the American Medical Association 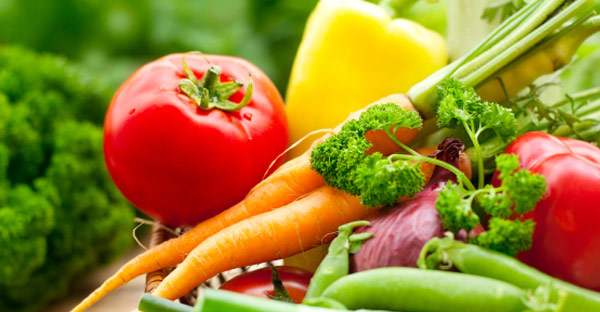 Letter to the Editor: Journal of the American Medical Association

Holmes et al[1], using data from the Nurses’ Health Study, report no significant association between breast cancer risk and type of dietary fat consumed, a finding mostly (but not entirely) consistent with earlier reports[2][3] on this important study. This and earlier reports have shown that lower fat diets are not associated with lower risks for breast cancer, as originally hypothesized by this group[2].

Although this observation is important and, by now, well documented, it may be even more important to note the shortcomings of the underlying hypothesis for this study. Namely, the original hypothesis was rather narrowly focused on the proposition that dietary fat was an independent and perhaps major cause of breast cancer. This hypothesis was based on findings of international correlation[4] and migrant[5][6] studies, on experimental animal studies[7][8] and, at that time, on some recently published dietary goals by an expert panel of the National Academy of Sciences[9]. One of these recommendations one was to limit dietary fat to 30% of calories as a means of reducing cancer incidence.

However, an alternative explanation of this earlier evidence was that dietary fat was a biomarker of a type of diet, not a major and independent cause of the disease. For example, prior evidence had shown that the association of total dietary fat with breast cancer risk was more likely explained by diets enriched in animal-based foods at the expense of plant-based foods. For example, 1) correlation studies showed that breast cancer risk was associated with diets rich in animal fat, but not in plant fat[10]; 2) the correlation of breast cancer incidence with dietary animal protein (r=90% for 40 countries)[11] was virtually the same as that for dietary fat (r=94% for 40 countries)[11] (also see Chapter 6 in reference[9]); and 3) animal protein was independently capable of promoting mammary tumor development in experimental rats[12][13]. Indeed, this latter experimental animal evidence has since become much more consistent and robust[14][15][16] although, like fat, animal protein ought not to be considered a major independent cause of breast cancer. For a number of reasons not documented here, the totality of these earlier findings suggested a comprehensive dietary effect on breast cancer risk, as opposed to a selective adjustment in the intake of fat, or any other single nutrient.

Assuming a comprehensive or whole diet hypothesis, the experimental characteristics and interpretations of the NHS are called into question. The chief question is how did the nurses achieve their lower fat intakes (e.g., <30% vs. >40% of energy). Did they do so because they selectively limited fat intake, per se, while using mostly the same kinds of food, or did they make comprehensive dietary exchanges, such as high fat animal-based foods for low fat plant-based foods? Because it is not clear which of these strategies these subjects followed, it is instructive to consider the dietary practices of the women enrolled in the feasibility trials[17][18][19] of the Women’s Health Initiative (WHI) intervention study[20].

The WHI is a useful proxy because both of these very large studies have emphasized the independent role of fat in breast cancer and both have spanned the same range of fat intake typically found among Western women. With intensive coaching over a 2-year period, the WHI women reduced their dietary fat from about 37% to 23% of calories without significantly increasing their relatively low consumption of fruits and vegetables. Thus, their overall dietary pattern of animal versus plant based foods DID NOT change. Indeed, as dietary fat decreased, an already high protein level of 16.8% increased yet another 20%. Similar findings also were reported by Boyd et al.[21]

Unless, therefore, the authors of the Harvard study can show that the NHS women choose their diets differently from other Western women, the only conclusion that can be reasonably expected is that a selective reduction of dietary fat would not reduce breast cancer risk. Although the range of fat intake for this cohort is reasonably broad, this is not the relevant criticism, as sometimes suggested[22]; rather, it is the range of net nutritional effect on breast cancer risk that is limited. Under these conditions, whatever gain might be expected by a selective reduction of fat intake is more than likely offset by a relative increase in foods and nutrients which promote breast cancer.

Most importantly, reports from this study should not be used to dismiss the health benefits claimed for diets that are truly low in fat because of their inclusion of plant-based foods. The NHS experiment simply does not test this important hypothesis; nor is the hypothesis tested when breast cancer risk is compared over an even broader range of fat intake down, say, to less than 15% of calories, as shown in this [Holmes, 1999 #1358] and an earlier report[23]. Choosing, for example, foods such as skim milk and other non-fat dairy products, which contain virtually no fat, can readily produce a very low fat diet that results in virtually no change in the net nutritional effect on disease risk.

In contrast to the findings of the Nurses’ Health Study, the association of breast cancer risk with a very low fat diet comprised of plant based foods naturally low in fat, as inferred by the international studies, could be very different. Indeed, in an ecological study of 35-64 year old women in rural China[24], consuming diets spanning a range of dietary fat from low to very low (6-24% of calories), an already low overall breast cancer risk was even lower with lower dietary fat. Unlike the Nurses’ Health Study and other Western studies, decreased dietary fat in this study reflected the use of less animal-based foods, as shown by a 70% correlation between the intakes of fat and animal protein[26], similar to the 90+% fat-animal protein associations of the international correlation studies[4].

In short, the Nurses’ Health Study–along with other studies of Western subjects–is inconsistent both with the experimental animal studies 12-15 and with the international correlation studies[4][11], which initially reported the dietary fat-breast cancer association. That is, fat and animal protein intakes are directly correlated in the international studies, thus reflecting a co-dependence of these nutrients on the consumption of animal based foods. In contrast, nutrient intakes of Western women, if anything, are indirectly correlated, reflecting a selective and, as now demonstrated, an ineffective adjustment of dietary fat intake.

It is misleading to characterize the findings on dietary fat and breast cancer observed for Western subjects as a refutation of an important, perhaps causal association between breast cancer and diets enriched in animal-based foods (i.e. meat, milk and eggs) and low in plant-based foods (i.e. vegetables, fruits, legumes and whole grained cereal products). Caution also must be exercised when interpreting the associations of different types of fat upon disease events when an experimental design like that of the Nurses’ Health Study is used. These and other highly reductionist interpretations too often are used by policy makers and others to discredit what is apt to be a very important causal link between dietary practices and this important disease.