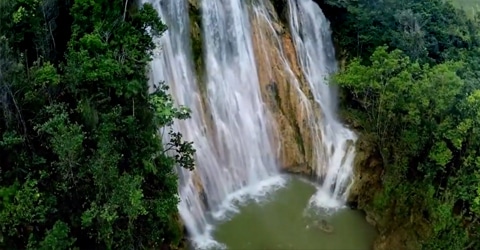 Feeding Our Food: Agriculture and Deforestation

This video clip is from a T. Colin Campbell Center for Nutrition Studies online course.

By far, the largest contributor to deforestation is the agriculture of beef and other livestock. Especially in the Amazon, large swathes of rainforest are cut for cattle as well as the production of soybeans. A study published by Greenpeace found that nearly 80 percent of land deforested in the Amazon between 1996 and 2006 is now used for cattle ranching with these trends largely continuing today[3]. The production of soybeans can be understood by and large as the production of livestock. Confounding all reason, rainforests are cut down to grow monocultures of soybeans, which are then shipped around the world as animal feed. Of the soybeans grown in Brazil, the world’s largest producer, over 90 percent are used as feed, with 50 percent used as chicken feed, 25 percent as pig feed, and 12 percent for beef and dairy cattle feed[4]. To make matters worse, land that once supported the richest biodiversity on the planet can only support the pesticide ridden monocultures of soybeans for a few years before it is drained of all nutrients and rendered unproductive. This in turn leads to even more deforestation.

Palm oil is the third leading cause of deforestation behind beef and soybeans and can be found in countless products, from processed foods and personal care products to biofuels and vegetable oil. The land cleared for palm oil plantations, largely in southeast Asia, is a powerful contributor to climate change due to the amount of land deforested as well as the location of this land. Much of the land cleared for palm oil plantations can be found on carbon rich soils known as peatlands. Peatlands hold twice as much carbon as all forests worldwide and take thousands of years to develop[5]. The invaluable biodiversity lost in these areas is staggering – the Indonesian rainforest on its own covers just 1 percent of the Earth’s land area yet contains 10 percent of the world’s known plant species, 12 percent of mammal species, and 17 percent of all known bird species[6].

Eating less meat and less processed food as well as paying attention to the source of the foods and products we consume dramatically reduces our individual contributions to deforestation while leading to better health.

It is important to understand that deforestation can not be pinned down to a couple of solitary bad actors. Deforestation worldwide is an indictment of our political and economic systems, which allow for and drive deforestation worldwide. From controversial land grabbing techniques to multinational corporations and institutions operating through shady subsidiaries in tax havens, there is no shortage of ways to obscure deforestation. Familiar companies such as JBS, ADM, or Bunge, and individuals like Blairo Maggi (the largest private soybean producer in the world and the winner of the golden chainsaw award for his contributions to deforestation) are well known for their contributions to deforestation, yet there are other insidious elements from other perhaps more unlikely sources.

Educational institutions also have a role within the systems perpetrating deforestation. Harvard, for example, owns over roughly one billion dollars in farm assets around the world, contributing to the displacement and poisoning of indigenous peoples, as well as rampant pollution and deforestation. Using multiple company structures, Harvard has acquired vast tracts of timberlands and farmland in Brazil, South Africa, Russia, Ukraine, New Zealand, and the United States[7]. These opaque business structures make it hard to fully follow their specific handlings—according to a whistleblower resigning in protest, the fund’s board itself does not clearly understand the farmland that the fund owns and manages[8].

Multinational companies, investment groups, and wealthy individuals continue to invest in land worldwide. Almost 500 large-scale land grabs, with the intent of using the acquired land for food production, have taken place over the past decade, covering over 30 million hectares (1 hectare is about 2.5 acres) in 78 countries[9].

Deforestation worldwide fundamentally is a result of how we view natural resources and assets more broadly. Harvard’s endowment fund and the large multinationals with profits larger than the GDPs of many countries view natural resources and forests not as vital assets to be left alone for the benefit of humanity, but rather as sources of profit to be extracted and commodified. To truly end deforestation, we must understand how these systems operate and be willing to adapt how we value natural resources and how businesses operate. On a more personal level, we must also be willing to change our eating habits. Eating less meat and less processed food as well as paying attention to the source of the foods and products we consume dramatically reduces our individual contributions to deforestation while leading to better health. These changes will sometimes require a bit of work—small tradeoffs to stem the rampant destruction caused by deforestation worldwide.

How Does Livestock-Farming Cause Groundwater Depletion in...

9 Things You Need to Know About Food and Climate Change